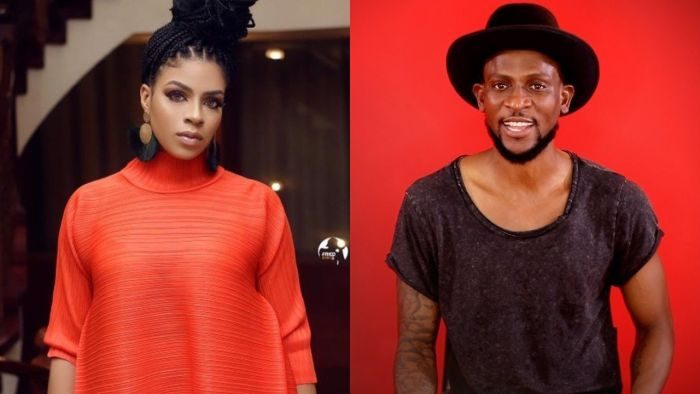 Big Brother Naija housemate, Omashola has claimed his fellow housemate, Venita is a betrayer.
BBNaija housemates, Omashola has revealed that Venita had betrayed him after she turned down his amorous display of affection.
Omoshola, during the Sunday live eviction show revealed to the host, Ebuka Obi-Uchendu.
According to him, following Venita’s decision to go with Frodd, the pair had decided to relate as friends but Venita never sided with him on issues in the house, but rather ”na she dey front on the line with the knife dey come stab me”.
However, the drama seemed to take a new turn as Venita, in her Question and Answer session also said that she had been disappointed by the change of attitude in both Frodd and Omashola.
It will be recalled that former video vixen and ‘Flatmates’ actress, Venita Akpofure joined the Big Brother house in week 5 alongside fellow newbies – Elozonam Ogbolu, Joseph Abdallah, Ede Nkechinyere aka Enkay and Cindy Okafor.
On entering the house, she quickly developed a friendship with Omashola and Frodd, but seemed to settle with the latter before things fell apart on that front as well; after Frodd decided to rekindle his romance with Esther.
The outgoing 6th week in the Big Brother Naija house saw several interesting twists as shown in the Big Brother Naija eviction show, from dividing housemates into two competing camps to messy love triangles, not a day went by without a healthy dose of drama.