BEEF OVER?? See What Salah Did To Mane In The Dressing Room After Accusation Of ‘Not Passing The Ball’ 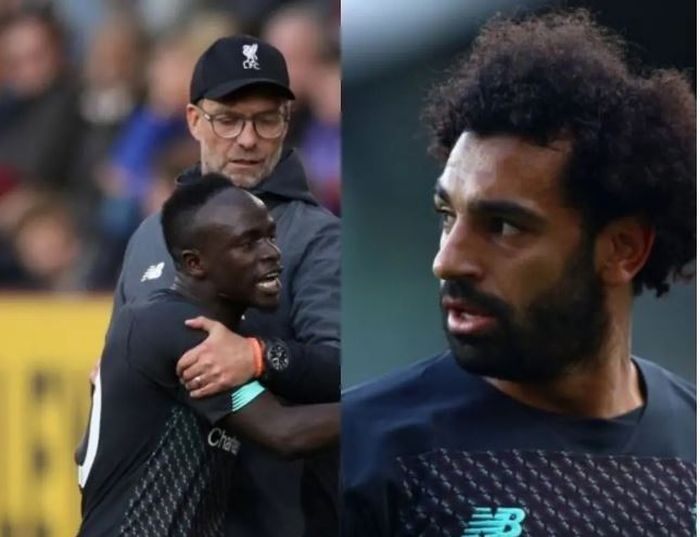 Liverpool stars Mohamed Salah and Sadio Mane have quickly put the Senegal attacker’s strop at Burnley behind them and are already on good terms again.
A furious Mane was livid that Salah had not passed to him at Turf Moor despite being wide open and was fuming when he was substituted, heatedly re-enacting the moment in the dugout to his teammates and arguing with staff.
However, The Athletic report that Mane had cooled down by full-time and Salah chatted to him in the dressing room as though nothing had happened.
Both players agreed to forget about it and the harmony in the camp has not been affected, with skipper Jordan Henderson confirming that Mane was ‘laughing and joking’ with the rest of the squad.
Salah was quick to make light of the incident on social media afterwards too, uploading a clip to his Instagram story of Roberto Firmino’s face in the tunnel as he was rather awkwardly placed between the two warring teammates.