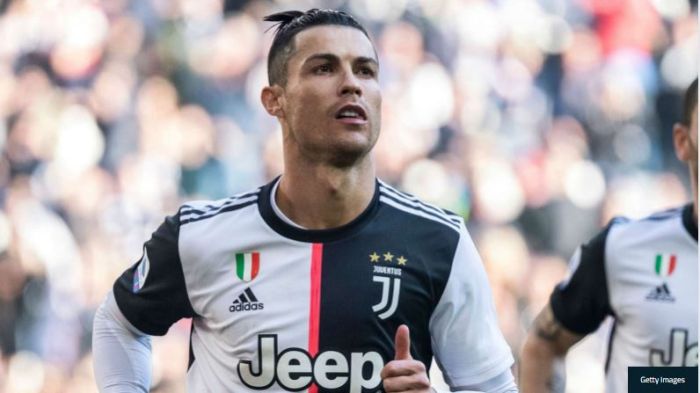 Giorgio Chiellini praised Cristiano Ronaldo and said the Juventus star went to another level when it came to the Champions League.

Chasing a first Champions League title since 1996, Juve were in the last 16 – having lost the first leg away to Lyon 1-0 – when the season was suspended due to the coronavirus pandemic.
Ronaldo, 35, became the first player to win the Champions League five times when he helped Real Madrid claim the title in 2018.
Chiellini said the Portugal international raised his level when it came to Europe’s elite club competition.

“Cristiano is doing well even though he had that knee problem that slowed him down for a month and a half,” he told Christian Vieri during an Instagram Live chat on Friday.
“He changed the way he played compared to when he was younger. He is enhanced with the big games.
“Maybe against the small teams he makes a performance that seems subdued. With the big ones, he is incredible.
“In the Champions League, he turns. He feels it coming and he turns the engine up.”

[Music] Bubblez – Ja (Prod. By Bubblezayo)
MADD OO!! ‘My Dirtiness Is Cleaner Than Your Future’ – Tacha Claps Back At Troll (Photo)
To Top
Loading Comments...