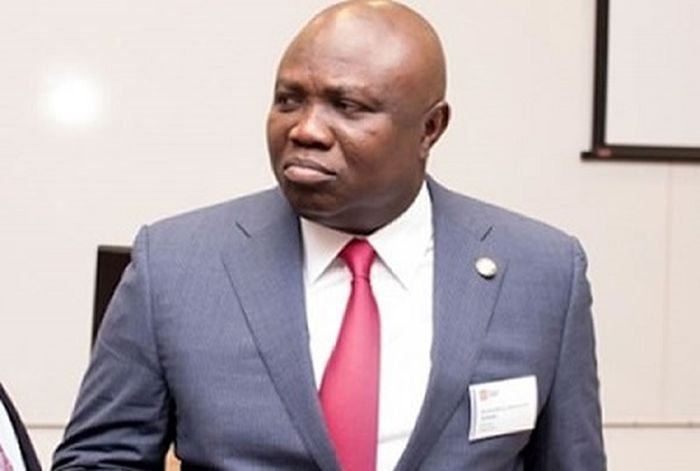 The Federal High Court in Lagos yesterday ordered the freezing of three accounts allegedly belonging to the Lagos State Government over alleged N9.9 billion fraud.
Justice Chuka Obiozor made the order following an ex-parte application by the Economic and Financial Crimes Commission (EFCC).
This is coming as the Court of Appeal in Lagos yesterday ordered the Lagos State Governorship Election Petition Tribunal in Ikeja to resume hearing on two petitions challenging Governor Babajide Sanwo-Olu’s victory at the March 9 governorship election.
He ordered the accounts’ “suspension” pending conclusion of investigation and possible prosecution of Adewale Adesanya, the Permanent Secretary in the Office of the Chief of Staff to former Governor Akinwunmi Ambode.
The accounts are domiciled in First City Monument Bank (numbered 5617984012), Access Bank (0060949275) and Zenith Bank (1011691254).
In a supporting affidavit, an EFCC investigator, Kungmi Daniel, said the commission discovered huge inflow of N9,927,714,443.29 from the state accounts into the FCMB account.
It said the account, operated by Adesanya, was opened last September 17 during the Ambode administration.
According to the deponent, investigators found that Adesanya and other signatories made fraudulent transfers from the state’s accounts and dissipated the funds.
“The trend is that the account always witnessed huge inflow from Lagos State Government in the above scheduled accounts managed by the respondent (Adesanya).
“There have been concerted efforts and attempts to dissipate the contents of the accounts listed in the schedule to this application.
“Without freezing the nominated accounts and temporarily forfeiting the money to the Government of the Federal Republic of Nigeria, there is no way the fraud being perpetrated using the scheduled accounts can be stopped,” the EFCC said.
EFCC counsel, Mohammed Abbas, urged the court to grant the order temporarily attaching the accounts to enable it to conclude its investigations.
Justice Obiozor granted the prayers and adjourned until Friday.