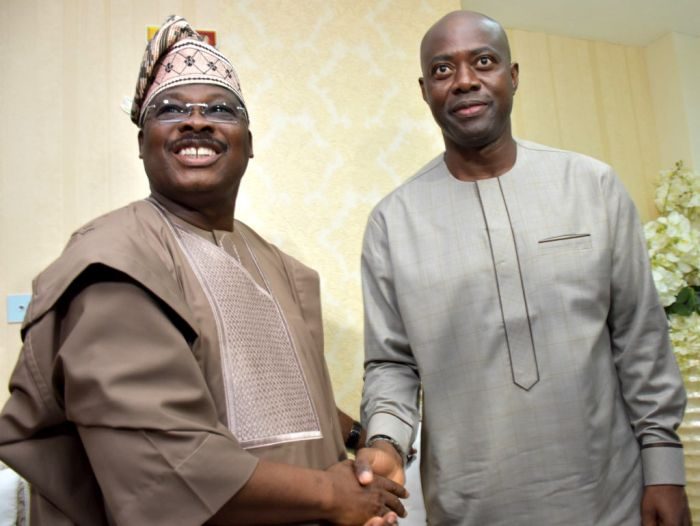 Former Oyo state Governor, Senator Abiola Ajimobi might be in trouble after being accused of awarding N7bn road project to ‘faceless’ contractor.
Governor Seyi Makinde of Oyo State has accused his predecessor, Senator Abiola Ajimobi of awarding contracts to a contractor with an untraceable office address to the tune of N7 billion, according to a report by Daily Post.
It was gathered that the contract was for the construction of the Moniya-Iseyin Road, Ojedeji Village in Akinyele local government of the state.
The governor spoke yesterday after he embarked on a tour of the road leading to the Pacesetter Quarry and Asphalt plant, located at Km 25, Moniya-Iseyin Road.
He said that N2 billion of the total contract sum was paid to the unknown contractor.
Explaining his level of disappointment, the governor lamented that the road, which served as the economic route for farm and agricultural produce into the state, could be abandoned after the faceless contractor collected N2 billion, with little or nothing to show for it on the project site.
He said his effort at locating the site address of the contractor to interact with them on the level of work done despite the amount of money released, revealed that the given office address was not only untraceable but the name could not be ascertained.
Makinde said:-

“My impression of the work done so far if I will have to evaluate and cost it, couldn’t have been more than N150 million.
“It was a faceless contractor and we don’t even know where their offices are located. I could have stopped by to go discuss with them but there is nowhere to stop by,” he added.