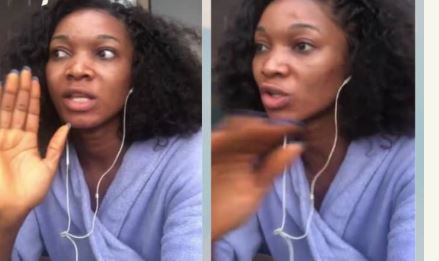 Nigerian actress and Comedienne, Wofai Fada, has made a shocking revelation following Busola Dakolo’s alleged rape by COZA Pastor, Bidoun Fatoyinbo.
Wofaifada said:
“My Father used to push me to our Pastor who used to sexually molest me and press my breast. I personally blame Nigerian Parents, they are too religious. Most of them have been brainwashed by the pastors. Whenever I reported my pastor to my parents, they would not believe me and would say I was possessed”.
Wofaifada also revealed why Nigerian rape victims refuse to come out openly to talk about it. She said it’s due to fear of rape stigma.
Lots of celebrities like Kate Henshaw, Rita Dominic, Toke Makinwa, Uchenna Nnanna, Mr 2kay, Kemi Adetiba, Laura Ikeji have all reacted to actress Wofaifada’s shocking revelation