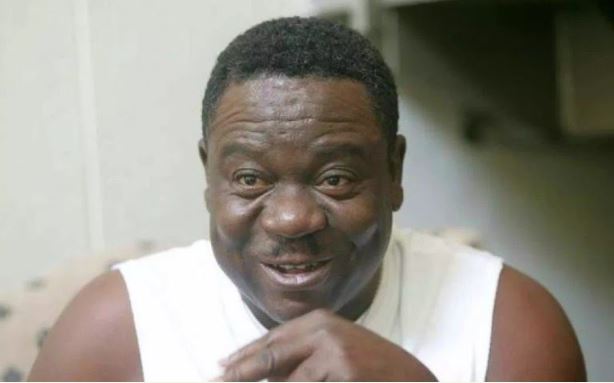 On what he’s working on at the moment, the actor said he was just recovering from the effects of the poison he was forced to ingest some months ago.
Many may not consider popular actor, John Okafor, aka Mr Ibu, to be a romantic man, but he has said he is not a novice in that area.
In a chat with Sunday Scoop, the Police Recruit actor explained what romance means to him.

He said, “When you talk about romance, the average man thinks of making love to a woman but it is not so. If you are romantic, it constitutes everything that transpires between you and a woman, whether she is your girlfriend or not.
I believe that when you are romantic, it means you are caring to an extent that a woman would be willing to stay and play with you even without making love to you, and that is nice.
If you are the type of person that has money and you go out to buy something for a lady you stay around, I believe that can be considered romantic. Or if you are invited to a party and you go with a lady, even if you are not married, that can also be considered romantic.
Also, if you feel like having sexual intercourse and it’s the same woman that comes to your mind, she may be willing to have it with you. But not that you force her and you think you are being romantic.”
On the most romantic gesture he had ever expressed to a woman, Okafor said, “There was something I did (some time ago) that made people suspect me. I bought a vehicle for a lady and people thought we were intimate. However, there was nothing like that. The girl was actually instrumental to a big deal I was working on which seemed impossible until I got her involved. I don’t even think the car was enough for her, compared to what she did for me.”
Mr Ibu also maintained that his wife had no reservations about his car gift to the said lady. “Of course, I was married with children at that time, and I did not even know the colour of her pant. Usually, I tell my wife whatever I want to do and she understands,” he said.
On what he’s working on at the moment, the actor said he was just recovering from the effects of the poison he was forced to ingest some months ago.
“For the moment, I am not working on anything because I’m still recovering from the poison I was given during the last Christmas in Nnewi, Anambra State.
The people who gave me the poison held me down on the floor as if they were handling a cow and forcefully put it in my mouth. I think they were sent by someone.” he said.
Meanwhile, Ibu said he had forgiven those behind the dastardly act. He added, “The perpetrators did not wear masks, so I saw their faces.
One of the boys involved in the act tried to run away but I told him not to.
I have forgiven them because God has cured me. I decided not to make a case out of it because of the number of people that came to apologise to me, and gave me money for treatment.”