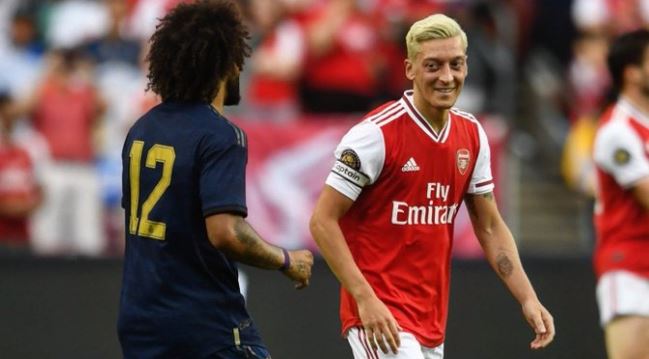 DC United will hold talks this week with representatives of Arsenal midfielder Mesut Ozil, ESPN reports.
The Major League Soccer (MLS) club are interested in signing Ozil, although any deal will take place during the January transfer window, which coincides with their offseason.
The German playmaker has struggled to hold a regular place under manager Unai Emery at Arsenal.
Ozil featured for just 1,741 minutes in the Premier League last season, his lowest number of appearances since the 2007/2008 campaign, when he made his breakthrough with Bundesliga side Werder Bremen.
Since joining the Gunners in 2013, Ozil has made 231 league and cup appearances, scoring 43 goals while winning three FA Cups and a Community Shield.