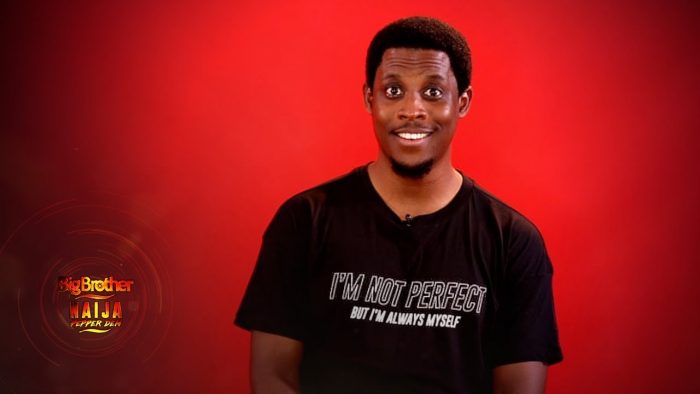 Big Brother Naija 2019 housemate, Khafi on Thursday revealed a scary dream she had about fellow BBNaija housemate, Seyi.
The Police officer, during her diary section, said after a disagreement with Seyi, she had a nap and in her dream, she saw Seyi trying to stab her with a knife.
According to her, Seyi is opinionated and wants to direct his way.
She said,

”Big Brother, this week has been very intense and our task is very demanding. In fact, its been so intense that I had to get a nap and in my dream, I saw Seyi trying to stab me with a knife. ”Maybe due to our little disagreement with the task, but I just had to shout Bigge look what Seyi is trying to do to me and after that, I woke up.
”However, I’m just giving him space cause I don’t want wahala.” Khafi also added that she was curious to know If the new housemate watched the show before coming to the house.

Big Brother had on Tuesday introduced two new housemates, Vendita and Elozanam into to the reality show.
Venita is an actress from Delta State. She is a mother of two and had featured in different musical videos, while Elozanam is a 33-year-old actor, and a producer.
In a follow-up twist, Big Brother on Wednesday night brought in two new housemates, Joe and Ede Nkechinyere AKA Enkay