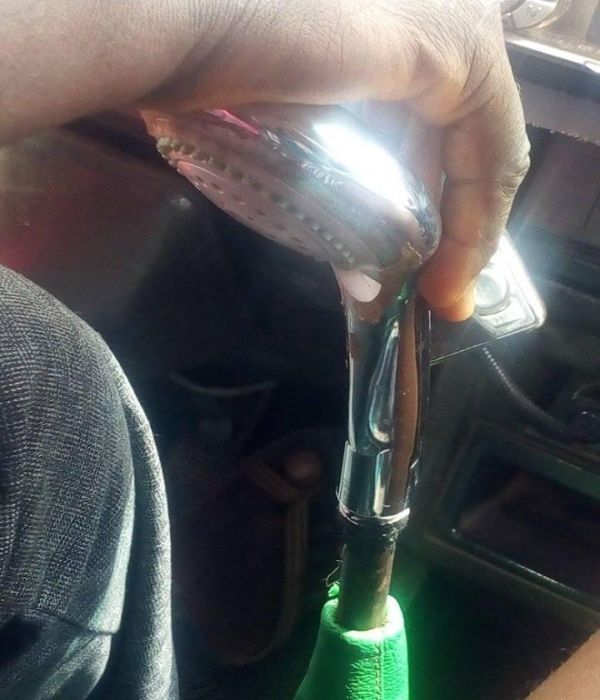 When in Lagos, expect anything, even a shower head being used in place of a gear stick.
A Twitter user shared a photo of a bus he boarded where the driver’s gear stick was a discarded shower head. 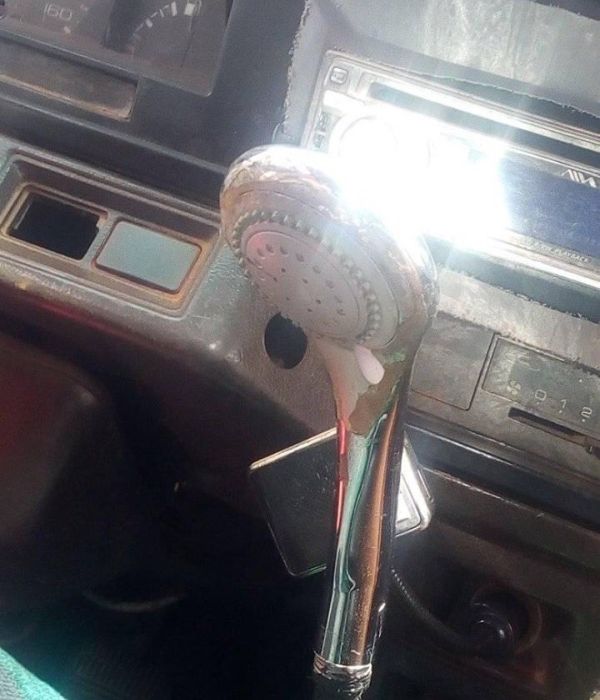 “Many are mad, few are driving danfo in Lagos,”
@Tobinscoswag tweeted the photos to the amusement his followers. 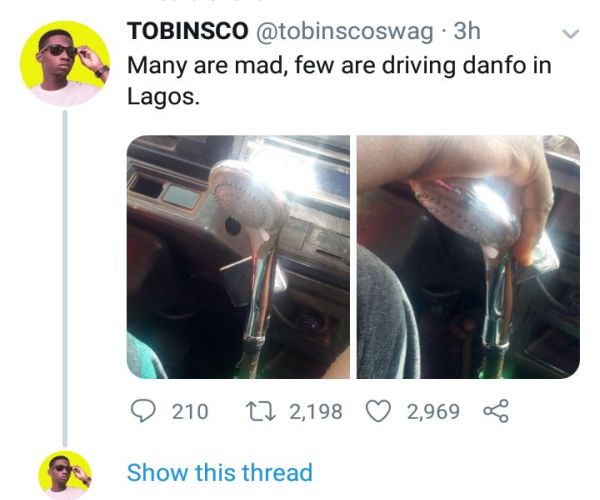 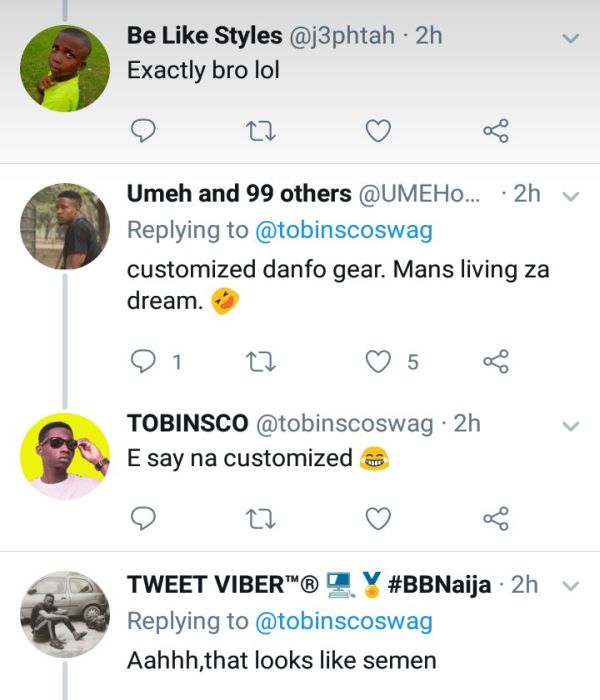 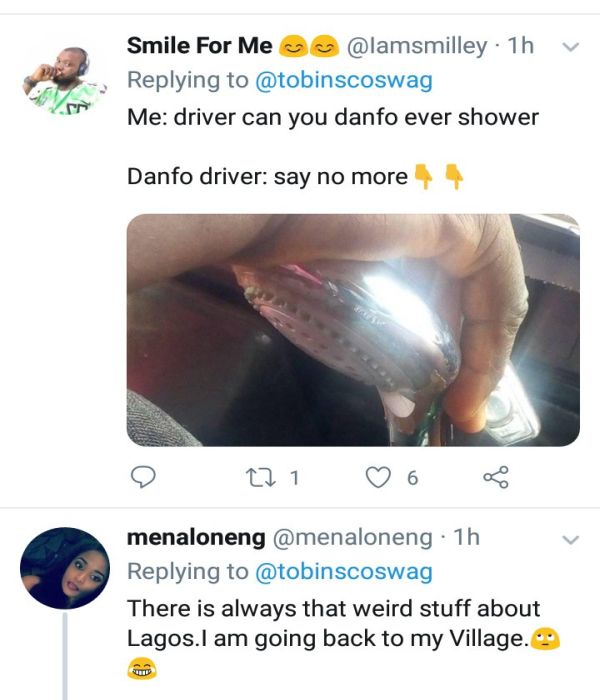