My name is Adebayo Opeyemi David Ojo born to the famous and illustrious family of Adeleke family of Orunju road beside L.A primary School Ifon. I attended, first, L.A primary school and later to Barnabas and St Michael primary school all at Ifon. I also briefly attended St David primary school oke Ijebu Akure in Ondo state before I finally completed my primary education at st Peters primary school Ori Ohin via Ifon In Ose Local Govt Ondo State. I did my SSCE at Ifon Comprehensive High School Ifon in Year 2002 after which I got enlisted into the Nigeria Police Force in Year 2004 and I did my training at the Police Training School Eleyele Ibadan. 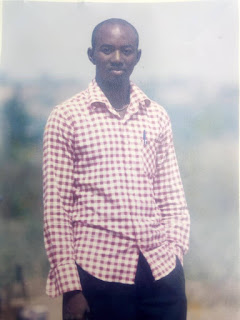 Having successfully passed out from the training school in October Year 2004, I was posted to Ekiti state for my first assignment which I did for a period of 5 Years before I finally got my transfer back to Oyo state Ibadan to be precise in October Year 2009.  Meanwhile, before my enlisted into the Nigeria Police Force in Year 2004, I was a choir member of the Cherubim and Seraphim Church Aladura Ori Ohin via Ifon and at one also a choir member at St David Cathedral Ijomu Akure where my passion for music got ignited. I did my first studio recording at Eagle Studio 4th floor Cocoa House Dugbe Ibadan in Year 2012 after which I have a long break as a result of the nature of my job as I was at Enugu for Detective course which I have my certificate in Detective in Year 2014. On my return,I was transfered to the State Intelligence And Investigation Department Iyaganku where I did another album titled AMIM and later in Year 2016, I did another album titled Love Must Be Preached featuring another artist called No One produced by Elbrakad. 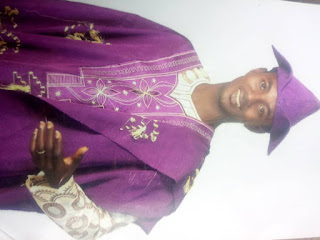 I am happy that I am an artist both in the Movie industry as a member and vice President of Opomulero movie Caucus Group and Music industry as damojapat.