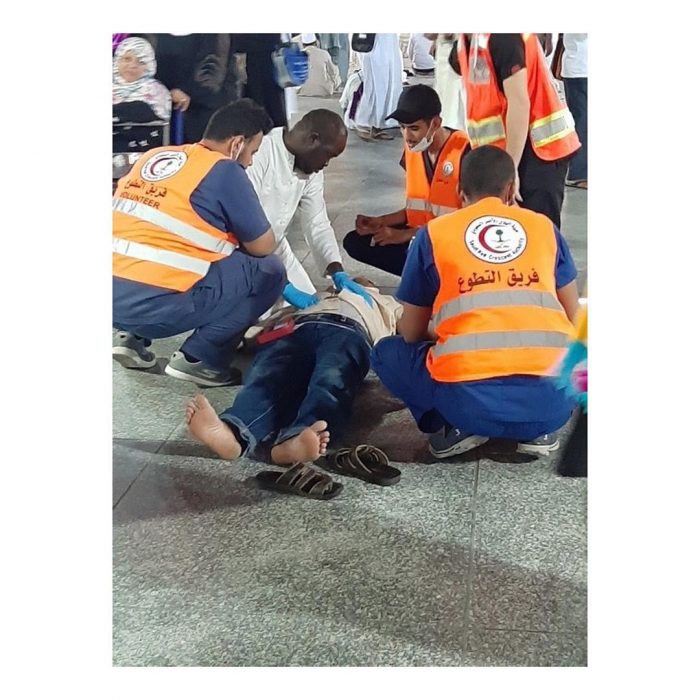 A Nigerian doctor, Dr Abideen Aro, on Monday night, rescued a yet-to-identified pilgrim that slumped shortly after a prayer at the Masjid Haram/Nabawi in Madinah, Saudi Arabia.
According to TheNation, officials of the Saudi Arabia Red Crescent Authority had battled hard to revive him unsuccessfully until Dr. Aro got to the scene.
He introduced himself as a medical practitioner to the visibly troubled emergency responders before they allowed him access to the slumped pilgrim.
After administering some medical therapies, the pilgrim opened his eyes and responded to further first aid treatment. He was then quickly put on an emergency vehicle and driven to the hospital for further treatment.
According to Dr Aro, who is working with the Lagos State Accident and Trauma Centre, the pilgrim was dehydrated. The emergency responders thanked him for his heroic feat