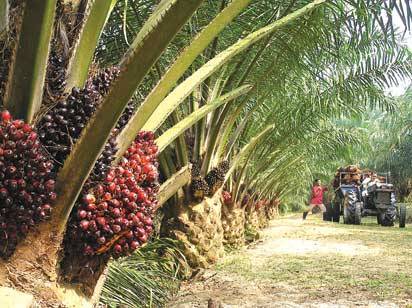 If the Federal Government’s strategy to partner the private sector as parts of its youths engagement initiative to cultivate no fewer than one million hectares of oil palm succeeds, the country would regain its number one position as the major producer and supplier of palm oil in the world.
Chairman of Presco Plc, Pierre Vandebeeck stated this during the 26th Annual General Meeting, AGM, of the company’s shareholders to review its operations for the year 2018, noting that the management of the company had proposed N2 billion to be shared as dividends by the shareholders.
Vandebeeck however, said the year under review was a difficult one, especially with abuse by several persons of the ECOWAS Trade Liberalisation Scheme, ETLS, but that the company was able to weather the storm and kept afloat.
He said;

“We are nursing a very good relationship with our neighbours, they have given us peace and our CSR is one of the best. It has been recognised by many stakeholders in the country and we came number one.
“We are working together with the Federal Government to structure a huge oil palm programme of no fewer than one million hectares and if this comes through, Nigeria will regain its former place as the major supplier of palm oil to the world.
Today as you know, we are importing about a million tons per annum, it is not a very enviable position but the future looks bright with the assistance of the Federal Government.”