Nigerian Man Kidnaps, Murders And Burns A Lady In The U.S (Photos) 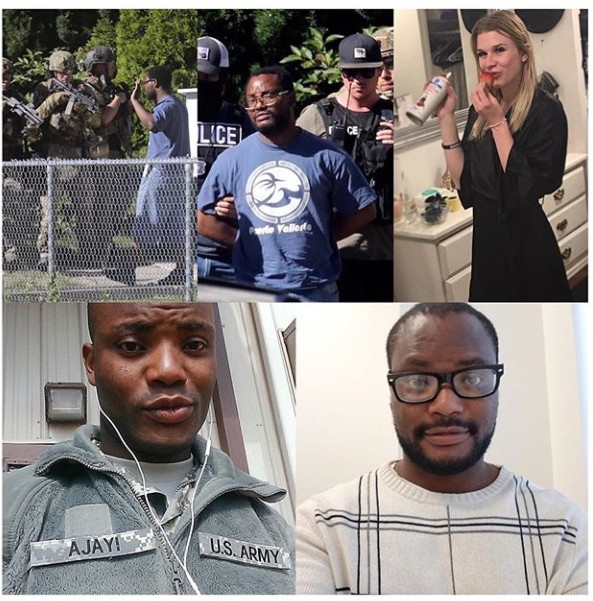 A Nigerian man, Ayoola Adisa Ajayi, who has worked as a model, claims to be an IT specialist, and once wrote a novel about a murder, has been arrested for killing a 23-year-old University of Utah student, MacKenzie Lueck.
Lueck was last seen on June 17, 2019. Ajayi, 31, has now been charged with aggravated murder, aggravated kidnapping, desecration of a human body and obstruction of justice.
During a search of the suspect’s property, the police found a burned area that contained charred items consistent with personal items of Lueck. .
Horrifically, “female human tissue,” was then also found, and it matched via DNA testing to MacKenzie Lueck, the chief revealed in a news conference. .
The suspect’s neighbors had told detectives they allegedly saw Ajayi “burning something in his back yard with the use of gasoline” on June 17 and 18.
Other charred material was located which has now been forensically determined to be female human tissue. He also sold a mattress online in an attempt to get rid of the evidence
Lueck’s last communications were with Ajayi, who was briefly a member of the Utah Army National Guard in the past, but he was discharged.
The location of the deceased’s and Ajayi’s phones pinged at a park within less than a minute of each other, at which time her phone stopped receiving data around 3 a.m. on June 17.
The motive was not clear. Ajayi’s booking record in the jail, says he was born in Nigeria. His book, “Forge Identity,” chronicles the experiences of a young man who witnesses two murders in his life and must go on to decide whether to pursue a criminal life or define his own path in life.