PACK YOUR BAGS! See The 4 Players Chelsea Will Sell After Ziyech Signing 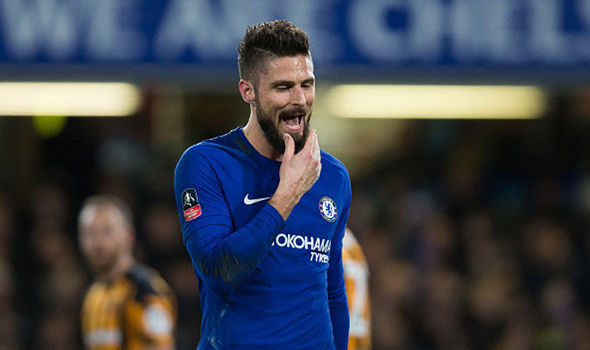 Chelsea manager, Frank Lampard, will sanction the departures of four first-team players, ahead of Hakim Ziyech’s arrival from Ajax in the summer, the UK Mirror reports.

Ziyech will join the Blues on July 1, after both clubs agreed a fee of £37.8m for the 26-year-old.
Lampard did not bring in any new faces in January, despite their transfer ban being lifted.
However, he will oversee a clear out at the end of the season, with Olivier Giroud, Pedro Rodriguez, Willian and Michy Batshuayi likely to leave.
Pedro and Giroud have only made 11 league appearances between them this season.
Batshuayi is contracted until 2021, but is seen as surplus to requirements at Stamford Bridge, having not made a single Premier League start this season.
Willian has featured much more under Lampard than Giroud, Pedro and Batshuayi, but the 31-year-old’s contract expires in the summer and talks over fresh terms are not progressing.