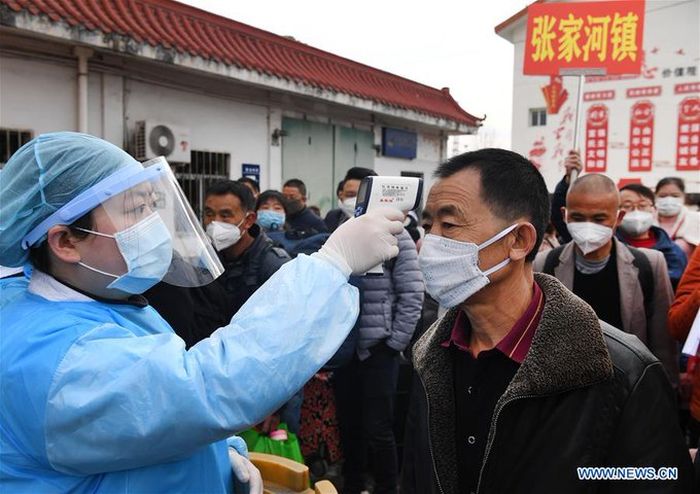 China reported 89 new coronavirus cases on April 13, down from 108 the previous day, the health authority said on Tuesday.

Of the total, 86 were imported, down from 98 a day earlier, the National Health Commission said.
China’s state broadcaster had reported earlier that 79 of the day’s imported cases were in the northeast province of Heilongjiang, which shares a border with Russia.
The number of total confirmed cases in China now stands at 82,249. Its death toll from the pandemic stands at 3,341, with no new deaths on April 13.
China’s northeastern border has become a frontline in the fight against a resurgence of the coronavirus epidemic.
Having largely stamped out domestic transmission of the disease, China has been slowly easing curbs on movement as it tries to get its economy back on track.
But there are fears that a rise in imported cases could spark a second wave of COVID-19.
A total of 108 new coronavirus cases were reported in mainland China on Sunday, up from 99 a day earlier, marking the highest daily tally since March 5.
Imported cases accounted for a record 98.
Half involved Chinese nationals returning from Russia’s Far Eastern Federal District, home to the city of Vladivostok.
They re-entered China through border crossings in Heilongjiang province.

About BIMLOADED 3350 Articles
Anjorin Abimbola Oluwaseun is the CEO of bimloaded.com.ng he is from imota Lagos Nigeria... He is a blogger and also a Dj. His stage name is Dj Bimbus