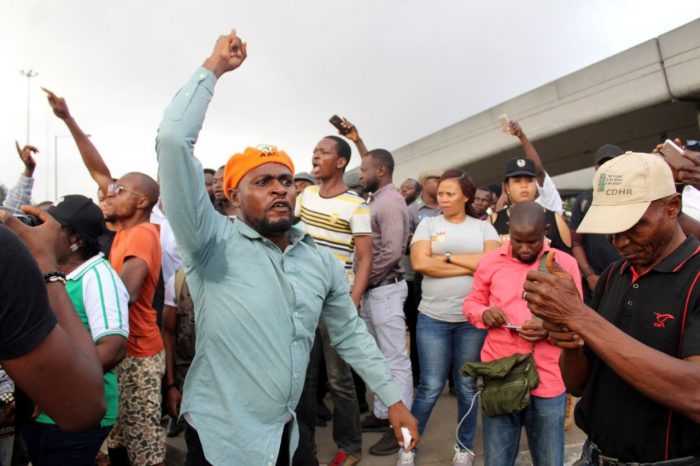 The African Action Congress and the Take It Back Movement, co-conveners of the #RevolutionNow protest, have warned the Presidency not to celebrate yet after it violently dispersed peaceful protesters across the country on August 5, 2019.
Presidential spokesperson, Garba Shehu, thanked Nigerians for not turning out to the protest after heavy police and military presence at designated venues nationwide.
Responding to the claims that Nigerians shunned the mass action, Bayo Aderigbe, speaking on behalf of the AAC/TIB European Front on Tuesday said, “Contrary to the asinine commentary made by Presidential spokesperson, Garba Shehu, that RevolutionNow has failed, we from AAC/TIB European Front, made bold to assert that Nigerians are just ‘testing microphone’ and the real work of RevolutionNow has not started at all.”
Aderigbe wondered if the Buhari regime felt that arresting activists will distract Nigerians from the issues raised by #RevolutionNow protesters such as mass unemployment, income inequality, hunger and low literacy levels.
He said, “The protest under the slogan #RevolutionNow is just starting and it would take several forms of civil disobedience.
“We want to salute the resoluteness of Nigerians both at home and abroad who participated in the protest on Monday.
“It is our candid view that the regime of the ruling class rests on chicken legs and would collapse if it fails to fulfill the fundamental demands raised by Nigerians. The people have risen.
“The next phase of the struggle especially from Nigerians in the Diaspora is to storm European Parliament, Downing Street, United Nations General Assembly in New York and the White House in Washington to draw the attention of the international community to this monstrous regime.”