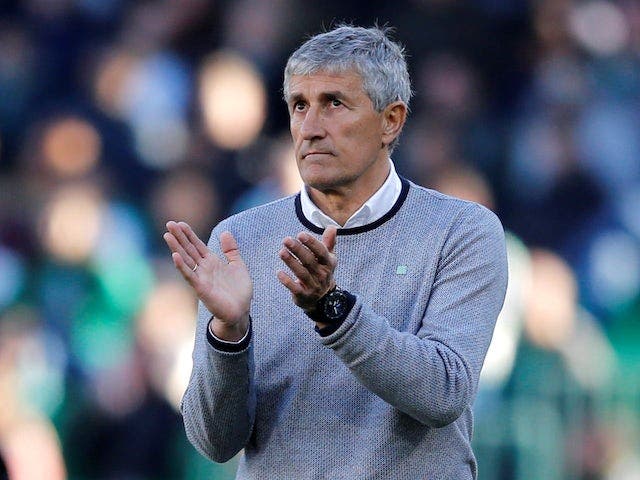 Barcelona coach Quique Setien is safe in in his job for now, Standard Sport understands, despite mounting pressure on the 61-year-old.

In a tense press conference on Monday, Setien was forced to answer a number of questions over divisions between players and coaching staff after images emerged of captain Lionel Messi ignoring assistant Eder Sarabia in Saturday’s 2-2 draw at Celta Vigo.

Setien played down the reports, but admitted he had never worked with a dressing room like Barca’s and some of the senior players are unhappy with both the Cantabrian and Sarabia.

Some reports in the Catalan media have suggested that the pair could even be removed before the end of the season, but RAC1 revealed on Monday that president Josep Maria Bartomeu visited the coach at his residence to offer his support, along with CEO Oscar Grau, sporting vice-president Javier Bordas and technical secretary Eric Abidal.

After Saturday’s 2-2 draw in Vigo, Barcelona are two points behind title rivals Real Madrid in LaLiga with six rounds remaining and Setien’s side face another stern test on Tuesday as Atletico Madrid visit Camp Nou.

Meanwhile, former Barcelona midfielder Xavi has reiterated his desire to coach the Catalan club in the near future.