SEJul 29, 2019
She wrote: “Delete this you post. You’re disrespectful and you should be ashamed of yourself.” 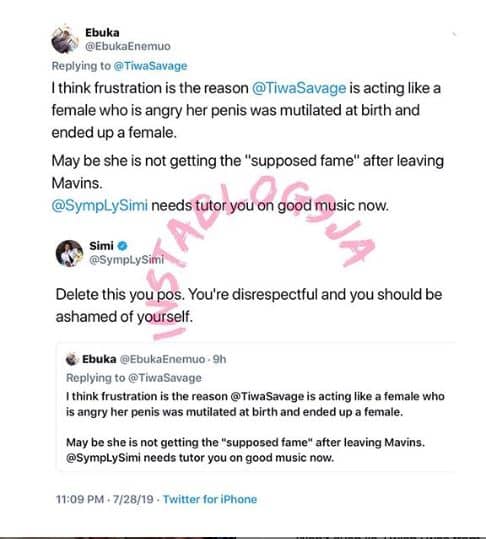 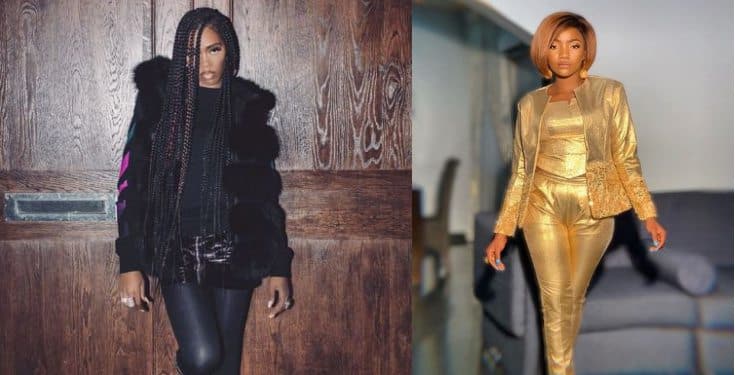 Nigerian songstress,simi has slammed a fan that shaded Tiwa savageand involved the ‘Jamb question’ crooner.
This is coming after a twitter user identified as @Ebukaenemuo blasted Tiwa Savage for responding to a series of tweets when some trolls used offensive language against her.
The Twitter user wrote “I think frustration is the reason @TiwaSavage is acting like a female who is angry her penis was mutilated at birth and ended up a female. May be she is not getting the “supposed fame” after leaving Mavins @SympLySimi needs tutor you on good music now.”
Responding, Simi said the user should be ashamed of herself, while saying it was disrespectful for the fan to have said that.
She wrote: “Delete this you post. You’re disrespectful and you should be ashamed of yourself.”