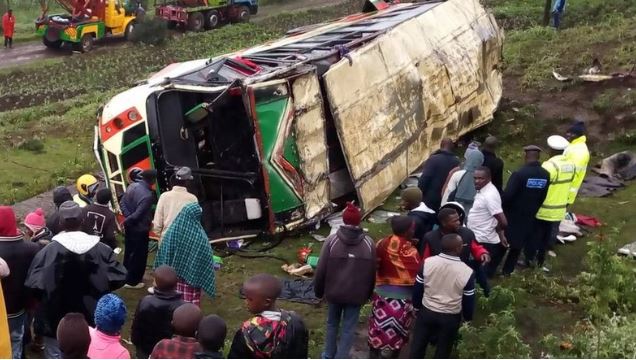 Sen. Nicholas Tofowomo, representing Ondo South Senatorial District at the National Assembly has mourned nine teachers from Okitipupa Local Government Area killed in a road accident.
News Agency if Nigeria (NAN) reports that the teachers from Okitipupa travelling for a wedding ceremony lost their lives in a multiple car accidents at Ijebu-Ife on Saturday.
Tofowomo, in a statement through his media aide, Mr Olumide Akinrinlola, on Monday in Okitipupa, commiserated with the families of the bereaved.
The Senator, who was also recuperating from a ghastly motor accident, said that accidents were recently caused not only by human errors but bad roads too urging the federal government to urgently repair roads.

“I mourn with the teachers from Okitipupa who lost their lives in a multiple motor accidents. I pray for the repose of their souls and commiserated with their families over the unfortunate incident.
“I also call on the federal government to as a matter of urgency rehabilitate roads to reduce accidents on our highways,’’ he said.
The senator, who was also the Senate Vice- Chairman on Transportation, however, said that he would sponsor a bill on speed limits of drivers to stem road accidents on highways especially during the “Ember Months’’.