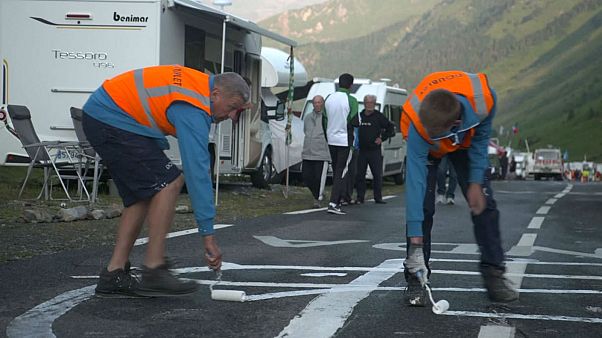 Before every day of the Tour de France, Patrick and his teammate drive along the route in their van, painting over any phallic imagery on the roads or walls.
“There are four of them already, in five kilometres. We try to make sure that nobody sees it,” explained Patrick, team leader.
The pair are not just doing this out of their own volition.
Tour de France organisers have paid these men to redesign the offensive graffiti into something more family-friendly, like butterflies, owls or bikes.
The organisers are anxious the symbols are not spotted by the many TV cameras filming the race, as has happened in previous years.
As well as genitalia, the staff also paint over offensive or political messages.