STRANGE!! Man Slumps, Dies While Making Call By The Road In Lagos 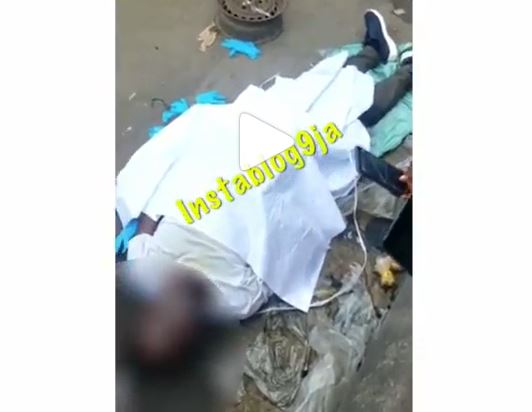 A middle-aged man has died after slumping while making a call along the road, today, at the Lagos Island market.
According to an eyewitness, operators of the ambulance called in to evacuate his body, declined, saying they don’t carry corpses. Some numbers from his contact list were also called with no success.
Meanwhile, a look through his personal identification document revealed his name to be Chike Henry Okonyia.