TOO MUCH MONEY!! Tiwa Savage Rents Entire Cinema For Son To Watch The Lion King 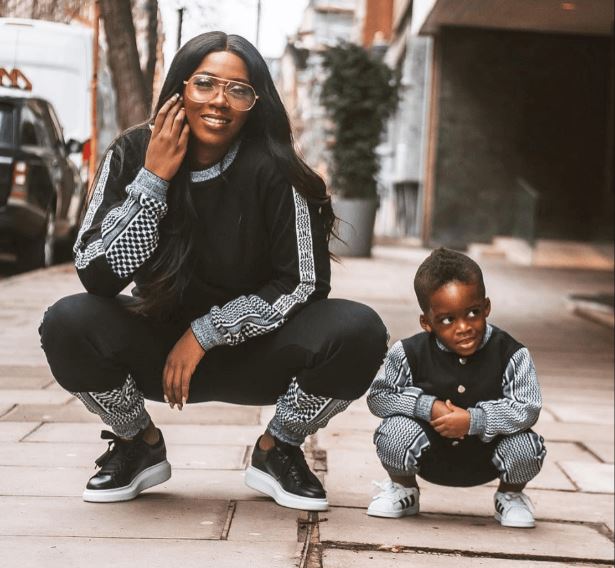 Nigerian singer Tiwa Savage rented out an entire Cinema for her son Jamil and his friends to celebrate his birthday yesterday, the singer revealed on her social media page.
Jamil was celebrating his 4th birthday and the celebration had been holding since the day started as a party had earlier held at a location.
The young boy was captured with Davido’s daughter at the birthday party as the duo hugged each other as good friends.
His mother later took him and his friends to an undisclosed cinema to watch the new Beyonce’s movie, Lion King.
See below:- 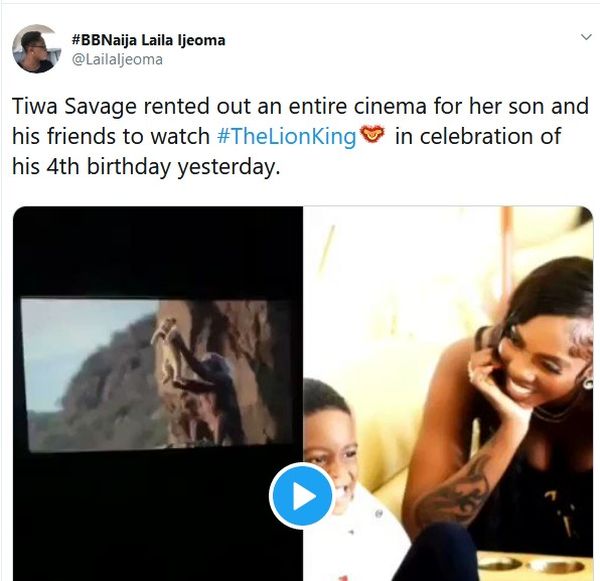